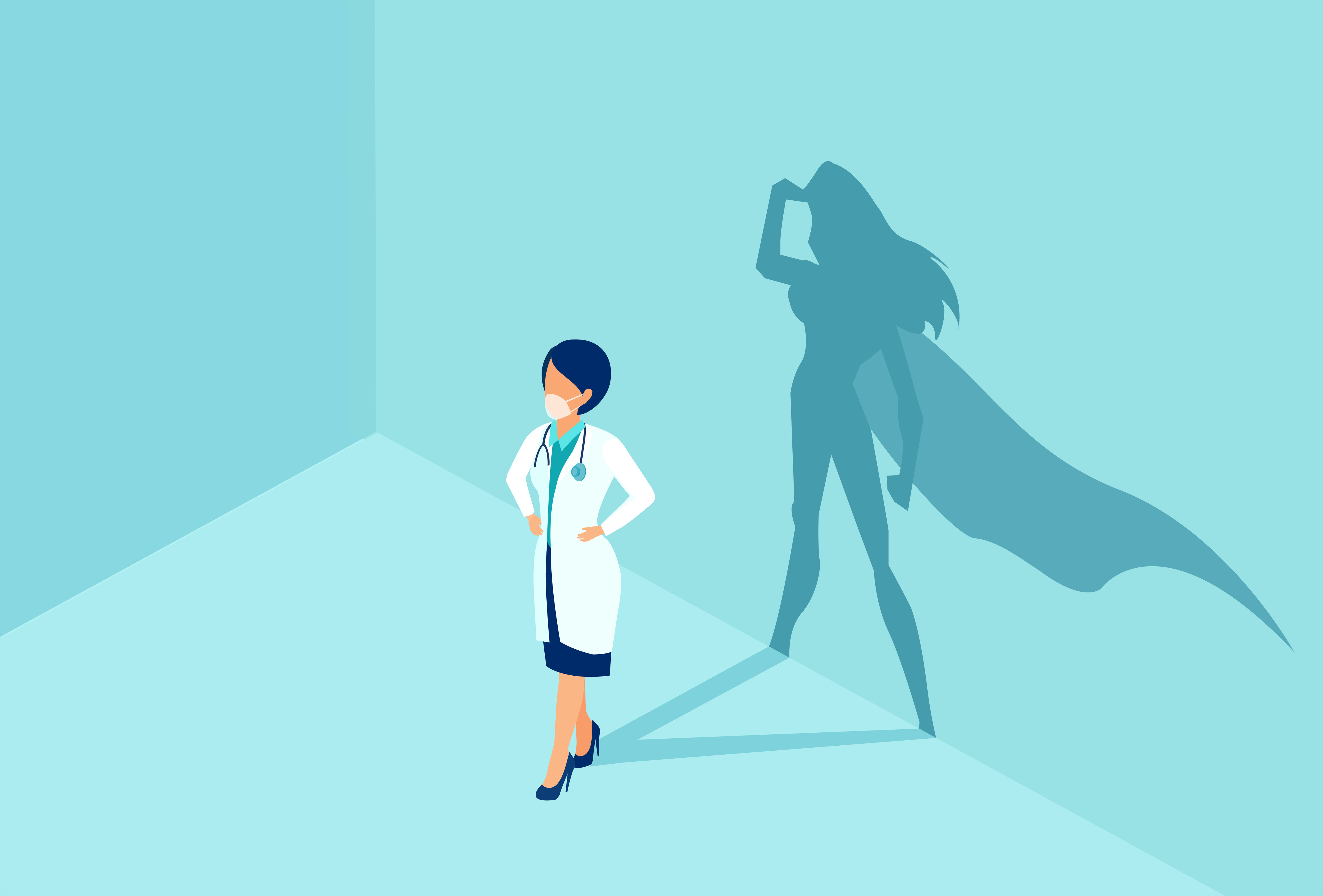 September is Women in Medicine Month, an annual event honoring physicians and clinicians who have offered their time, wisdom and support to advance women with careers in medicine. While we can't list all the amazing women in history ‍who have made incredible advancements in medicine, we can certainly highlight a few.

Dr. Ildaura Murillo-Rohde (September 6, 1920 – September 5, 2010) was a Panamanian nurse who Founded the National Association of Hispanic Nurses in 1975 and had the foresight to champion a broad range of then controversial issues from single parenthood to same-sex couples. She was named a Living Legend of the American Academy of Nursing in 1994.

Virginia Apgar (June 7, 1909 – August 7, 1974) was an American physician, obstetrical anesthesiologist and medical researcher, best known as the inventor of the Apgar Score, a way to quickly assess the health of a newborn child immediately after birth in order to combat infant mortality. She was a leader in the fields of anesthesiology and teratology, and introduced obstetrical considerations to the established field of neonatology.

Rebecca Lee Crumpler (February 8, 1831 – March 9, 1895), was an American physician, nurse and author. After studying at the New England Female Medical College, in 1864 she became the first African-American woman to become a doctor of medicine in the United States. Crumpler was one of the first female physician authors in the nineteenth century. In 1883, she published A Book of Medical Discourses. The book has two parts that cover the prevention and cure of infantile bowel complaints, and the life and growth of human beings. Dedicated to nurses and mothers, it focuses on maternal and pediatric medical care and was among the first publications written by an African American about medicine.

Susan La Flesche Picotte (June 17, 1865 – September 18, 1915, Omaha) was a Native American doctor and reformer in the late 19th century. She is widely acknowledged as one of the first Indigenous peoples to earn a medical degree. She campaigned for public health and for the formal, legal allotment of land to members of the Omaha tribe. Picotte campaigned to prevent and treat tuberculosis, which then had no cure, as part of a public health campaign.

Gerty Theresa Cori (August 15, 1896 – October 26, 1957) was an Austro-Hungarian-American biochemist who in 1947 was the third woman to win a Nobel Prize in science, and the first woman to be awarded the Nobel Prize in Physiology or Medicine, for her significant role in the "discovery of the course of the catalytic conversion of glycogen". Growing up at a time when women were marginalized in science and allowed few educational opportunities, she managed to gain admittance to medical school. She had difficulty securing research positions though, and the ones she obtained provided meager pay.

Rita Levi-Montalcini (22 April 1909 – 30 December 2012) was an Italian Nobel laureate, honored for her work in neurobiology. She was awarded the 1986 Nobel Prize in Physiology or Medicine jointly with colleague Stanley Cohen for the discovery of nerve growth factor (NGF). From 2001 until her death, she also served in the Italian Senate as a Senator for Life. This honor was given due to her significant scientific contributions. On 22 April 2009, she became the first Nobel laureate to reach the age of 100.

Edith Irby Jones (December 23, 1927 – July 15, 2019) was an American physician who was the first African American to be accepted as a non-segregated student at the University of Arkansas Medical School and the first black student to attend racially mixed classes in the American South. She was the first African American to graduate from a southern medical school, first black intern in the state of Arkansas, and later first black intern at Baylor College of Medicine. She was honored by many awards, including induction into both the University of Arkansas College of Medicine Hall of Fame and the inaugural group of women inducted into the Arkansas Women's Hall of Fame.

Nina Starr Braunwald (1928–1992) was an American thoracic surgeon and medical researcher who was among the first women to perform open-heart surgery. She was also the first woman to be certified by the American Board of Thoracic Surgery, and the first to be elected to the American Association for Thoracic Surgery. In 1960, at the age of 32, she led the operative team at the U.S. National Institutes of Health (NIH) that implanted the first successful artificial mitral human heart valve replacement, which she had designed and fabricated. She held prominent positions at the NIH, University of California, San Diego, Harvard Medical School, and Brigham and Women's Hospital.

Margaret Jessie Chung (October 2, 1889 – January 5, 1959), born in Santa Barbara, California, was the first known American-born Chinese female physician. After graduating from the University of Southern California Medical School in 1916 and completing her internship and residency in Illinois, she established one of the first Western medical clinics in San Francisco's Chinatown in the early 1920s.

"The woman who follows the crowd will usually go no further than the crowd. The woman who walks alone is likely to find herself in places no one has ever been before" Albert Einstein‍