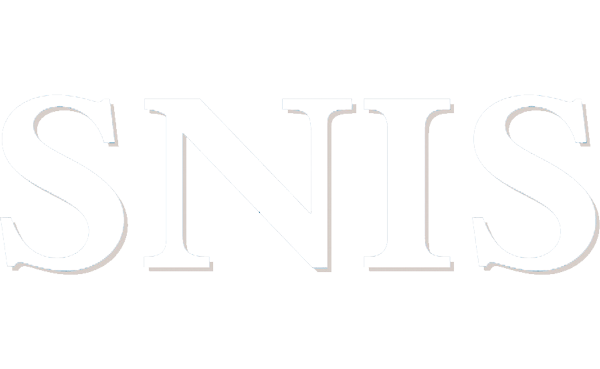 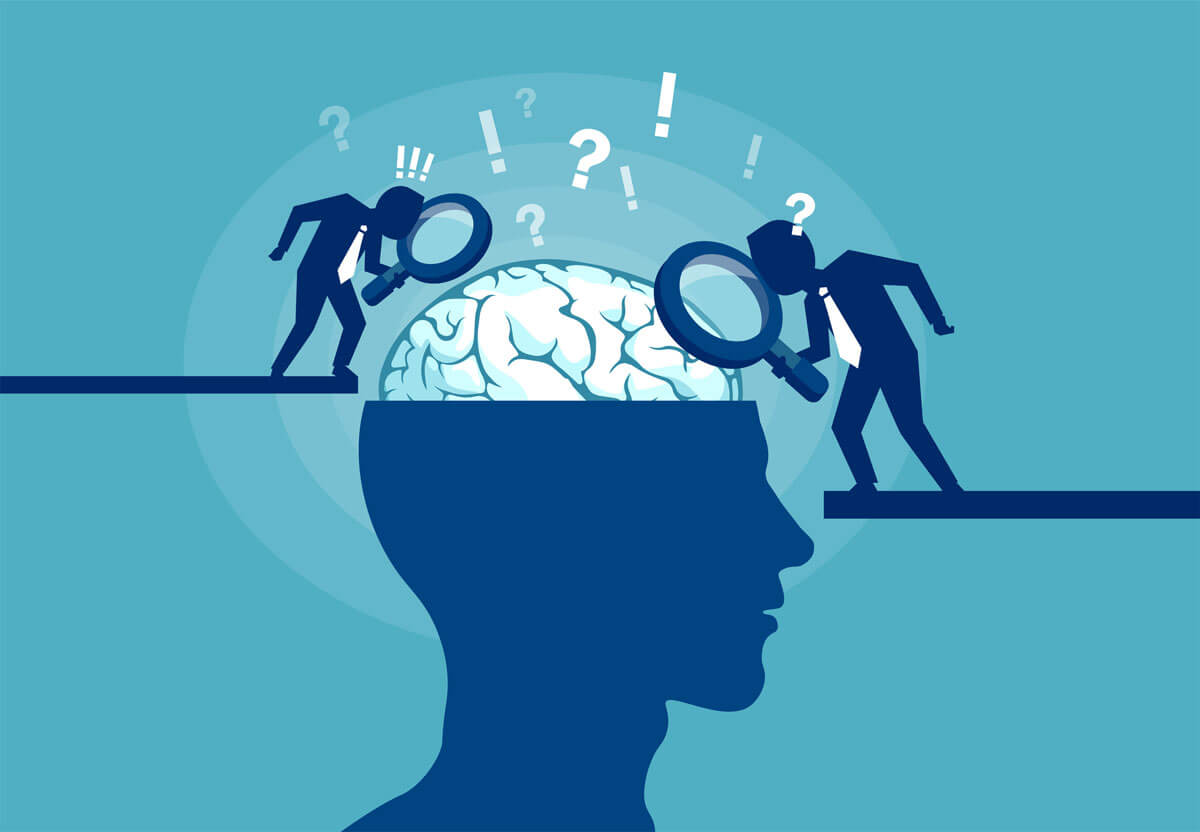 The possibilities could be endless?

114 million brain cells may sound like a lot, but if you have a stroke, every 60 seconds of delay in getting the proper treatment, 1.9 million brain cells die. In an hour, you’ve lost 114 million. In a paper published in JAMA Neurol this month, the authors found that every hour of delay in not getting the proper care for stroke was tied to a loss of 0.81 healthy life-years, a substantial number that translates to 1.6 months per 10-minute delay, 4.9 days per 1-minute delay, and 2.0 hours per 1-second delay.

That number may seem high, but according to the World Health Organization, it’s not. Of those 15 million people who suffer from stroke this year, 5 million will die, another 5 million will be left permanently disabled. For every 10 people who die of stroke, four could have been saved if their blood pressure had been regulated. Other major risk factors include smoking, heavy alcohol use, high cholesterol, drug use, lack of physical activity, atrial fibrillation (abnormal heart rhythm), diabetes and an unhealthy diet.

One in four people will suffer a stroke in their lifetime.

Stroke can happen to anyone at any age. The good news is that most of these strokes are preventable with simple lifestyle changes. Basic lifestyle changes can have a big impact in reducing stroke risk, which is said to be 80% preventable by addressing lifestyle factors like improving diet and getting regular exercise.

6 Things you can do to Help Prevent a Stroke:

What is a stroke?

A stroke is a “Brain Attack”. It can happen to anyone at any time. It occurs when blood flow to an area of the brain is cut off. When this happens, brain cells are deprived of oxygen and begin to die. When brain cells die during a stroke, abilities controlled by that area of the brain such as memory and muscle control are lost. How a person is affected by their stroke depends on where the stroke occurs in the brain and how much the brain is damaged. Someone who had a small stroke may only have minor problems such as temporary weakness of an arm or leg, but people who have larger strokes may be permanently paralyzed on one side of their body or lose their ability to speak. Some people recover completely from strokes, but more than 2/3 of survivors will have some type of disability.

There are two main types of stroke

Ischemic stroke (blood blockage) occurs when the blood vessels in your brain become narrowed or blocked causing severely reduced blood flow. The most common stroke is caused by a clot that forms in the vessel, or travels there from another part of the body, cutting off the blood supply to your brain.

Hemorrhagic Stroke (bleeding) occurs when blood from an artery begins bleeding into the brain. This happens when a weakened blood vessel bursts and bleeds into the surrounding brain. Pressure from the leaked blood damages brain cells, and as a result, the damaged area is unable to function properly.

How to recognize a stroke

Recognizing the symptoms of stroke is very important. Signs and symptoms may include an inability to move or feel on one side of the body, problems understanding or speaking, dizziness, sudden severe headache, blurred or loss of vision in one eye. Signs and symptoms often appear soon after the stroke has occurred. Symptoms typically start suddenly, over seconds to minutes, and in most cases do not progress further. The symptoms depend on the area of the brain affected. The more extensive the area of the brain affected, the more functions that are likely to be lost.

If you believe someone is having a stroke, don’t let that person go to sleep or talk you out of calling emergency services. Stroke survivors often complain of suddenly feeling very sleepy when a stroke first happens. It might seem like a good idea to drive a stroke victim to the nearest emergency room, but you’re better off calling emergency services. Emergency responders can start lifesaving treatment for that person on the way to the emergency room and notify the hospital that you're on the way, so they're prepared for your immediate treatment.

Women have a higher risk of stroke

Stroke is the No. 4 cause of death in women and kills more women than men. In fact, one in five women has a stroke. The higher stroke risk in women might be due to:

The risk of stroke in pregnant women is 21 per 100,000, with the highest stroke risk during the third trimester and postpartum. Those with high blood pressure should be treated with medications and monitored closely.

This is high blood pressure that develops during pregnancy. Preeclampsia doubles the risk of stroke later in life. If you have any history of hypertension, talk to your healthcare provider about taking low-dose aspirin starting in the second trimester.

Birth control pills have become much safer over time, but women who are already at risk of stroke should take extra precautions. Get screened for high blood pressure before the pill is prescribed. And never smoke while taking oral contraceptives.

This type of therapy should never be used to prevent stroke in post-menopausal women.

Migraine with aura is associated with ischemic stroke in younger women, particularly if they smoke or use oral contraceptives. Smokers with migraines accompanied by aura should quit immediately.

This increases stroke risk among women over age 75 by 20 percent.

Because of the high stroke risk in women, it’s important to take care of yourself. Get lots of rest, eat the right foods and be physically active. And don’t smoke!

What causes ischemic stroke in children?

Ischemic Strokes can also be caused by trauma that injures large arteries and causes a loss of blood flow. For instance, a large artery might be damaged when a child has a neck injury.

What causes hemorrhagic stroke in children?

When a blood vessel in the brain ruptures, blood can't reach its destination. As a result, the brain is deprived of oxygen, which may lead to permanent brain injury. Hemorrhagic strokes are most often caused by rupturing, weakened or malformed arteries. The risk of hemorrhage is higher with certain illnesses such as hemophilia.

Evidence is growing that COVID 19 infection increases an individual's risk of stroke. This is the case even for younger people and those with no other stroke risk factors. Hospitals and health care teams around the world have worked hard to put in place stroke treatment procedures that reduce the risk of infection in hospitals. It’s more important than ever that we know the signs of stroke and seek emergency medical treatment.

Life after a stroke

If the stroke occurs in the right side of the brain, the left side of the body will be affected, producing some or all of the following: Paralysis on the left side of the body, vision problems, quick, impulsive behavioral style and memory loss. Every stroke is unique, but strokes tend to affect people in common ways. Stroke survivors often feel fatigue, have feelings of depression and anxiety. Your doctor is an invaluable source for help during these recovery times.‍

‍The most important thing you can do when you think someone is having a stroke is to call emergency services. Tell them that you think you or someone you know may be suffering from a stroke. You may lose precious time driving yourself to the hospital, whereas Ambulance medical crews will be able to start treatment the moment they get to you, and they’ll also call ahead to the hospital to let them know they have a high-risk stroke patient approaching​. The ​hospital will be ​prepared and ​ready ​to treat you ​once you arrive. Time is brain, so don’t wait. Think fast, act fast, and get emergency help quickly.